Oh, Susanna
Don’t you cry for me
I’m going to California
With my washpan on my knee.

The rivers around Auburn, California still show the evidence of the gold deposits . Tiny glints of the shiny metal shine in the pebbles. My Dad was determined to find a way to experience this piece of California history. Many refrains of “My Darling Clementine” could be heard on the way up the mountain countryside to try our hand at treasure hunting.

Learning the rules of gold panning

There were just a few basic steps to be learned  in beginning to look for gold.

Watching an expert was the ideal way to learn, a youtube videos make this possible from anywhere. We met with some very enthusiastic gold panners at a local supply shop, and they taught us the technique with an in-store demo. 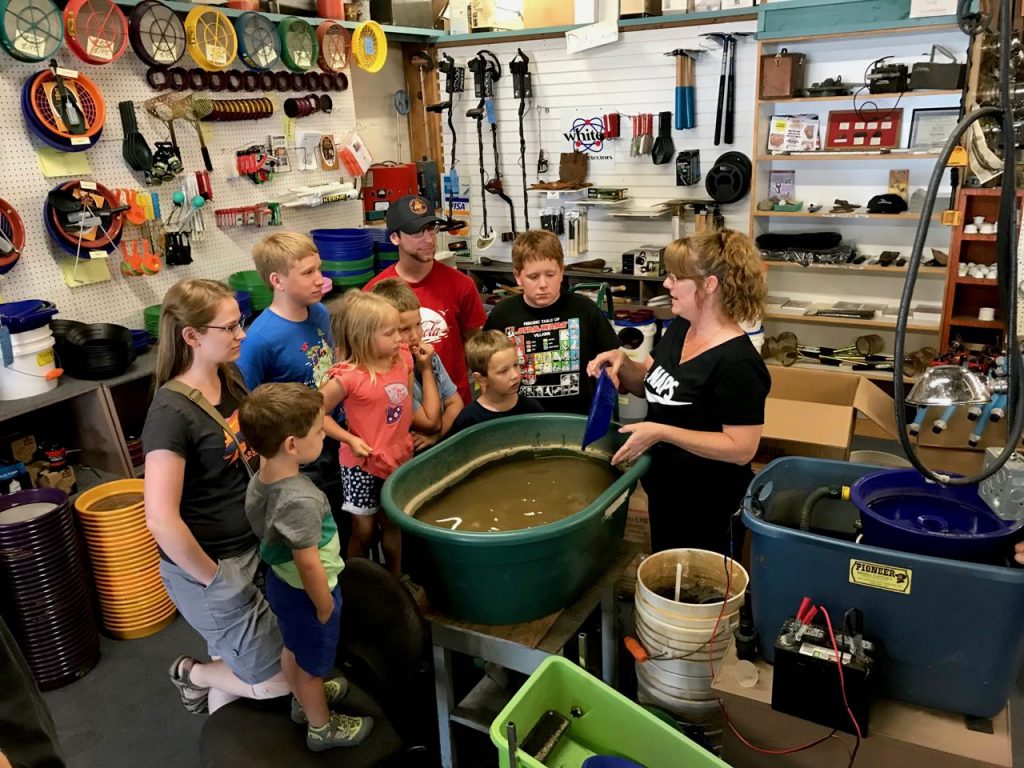 for the little ones who wanted to help, there were several tasks they could do.  Everyone felt included no matter their age. Once their attention spans had faded they were more than happy to dig with shovels in the sand and splash in the knee deep river. 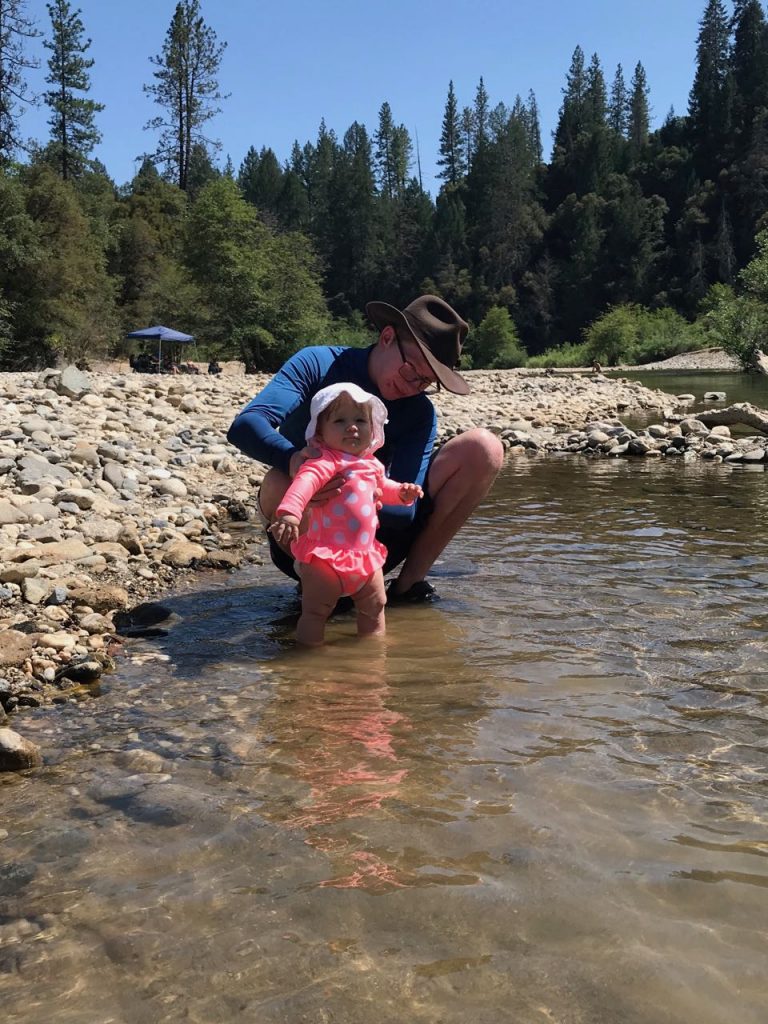 The pictures portray an idealistic slice of the morning. The only doses of reality to be found was the presence of extra large California spiders in the rocks, and the awareness of the need to watch for rattlesnakes (a new one for us great plains folks). I would bring a small chair or stool along next time to be more comfortable. Stooping and lifting the rocks from the riverbed could use some ergonomic improvements. The heat of the sun was relieved by the chilly mountain water available. This was clear and fun for the youngest to play in. At the end of the day, everyone was fatigued but not cranky. The activity allowed even the youngest some independence in running around, so they were not as frustrated as when normally carried along on a big kid activity. 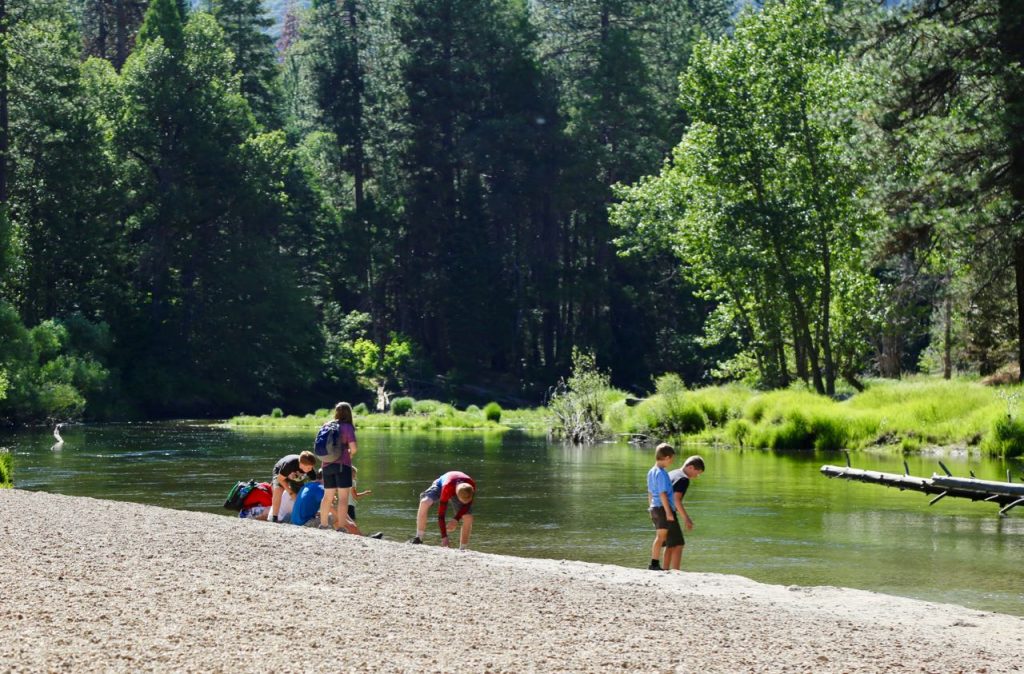 I suppose the biggest question is-did we find any? Yes-a lot! Mostly souvenir specks, but enough that we might have started a brand new hobby.

Getting to Church with children in tow is a challenge, but sometimes the 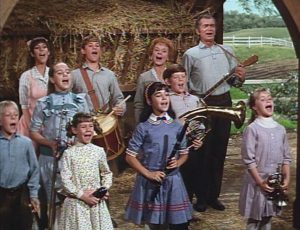 An empty patio at a local ice cream shop, ten empty minutes waiting for our order, and an overhead radio playing thirties swing music – ingredients, as anyone can see, for a spontaneous dance party.

The evening was calm and quiet, as it was only ten minutes till closing. Maria, John and I started the festivities with a Jitterbug step, and it didn’t take long to draw in the younger siblings. Landon, Maria, and I have been ballroom dancing for a years, taking lessons with our homeschool group. Johnathan is much more recent learner, but already is able to hold the rhythm and spin his partner like a pro. The younger children are good imitators and the resulting scene looked like an organized dance floor. We even caught the attention of a few of the other customers-and spied few a trying to imitate our moves.

The green patrol should give us a conservations award for record low water use per child on bath day! 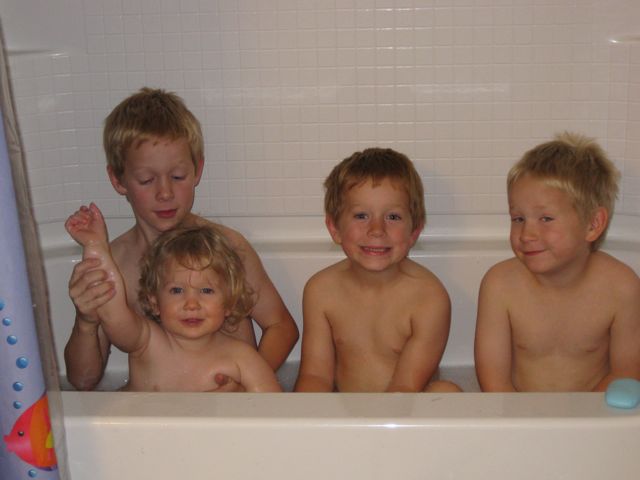 Rub-a-dub-dub, four men in a tub, and who do you think they be?