The last day of the fair was marked by steamy, 95 degree temperatures, but Maria, Johnathan and I were invited to spend the day with some friends. In an amazing show of bravery, Mom faced the heat and ventured out with the younger kids as well. 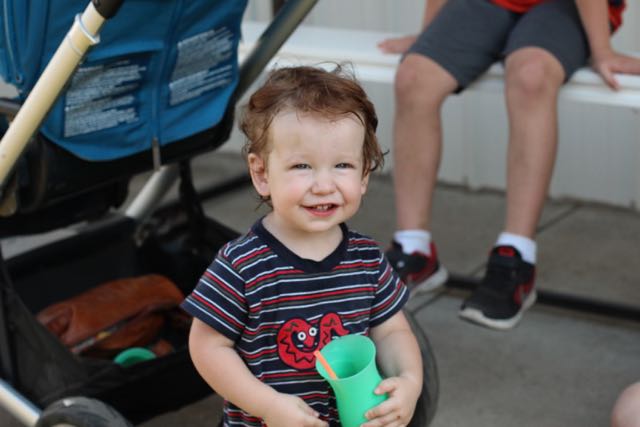 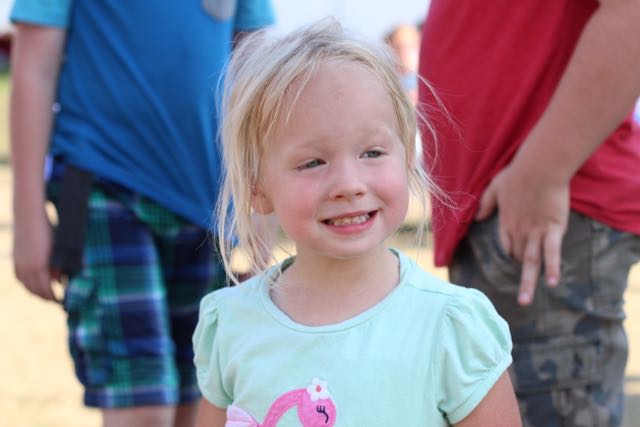 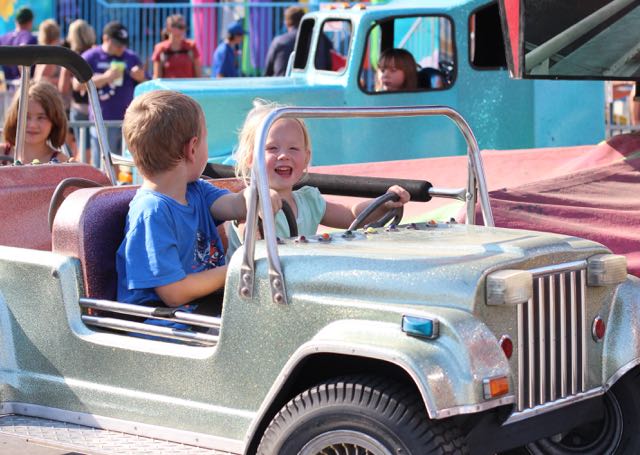 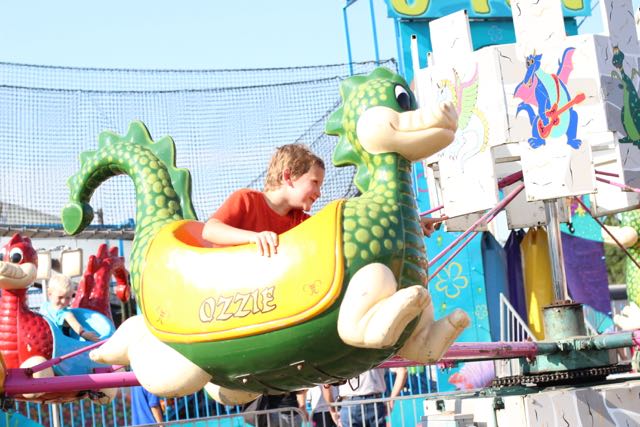 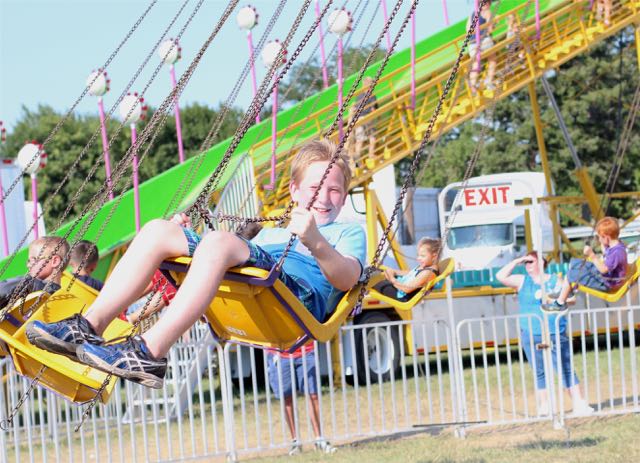 An lots of animals, including my Mom’s dream pet, miniature horses: 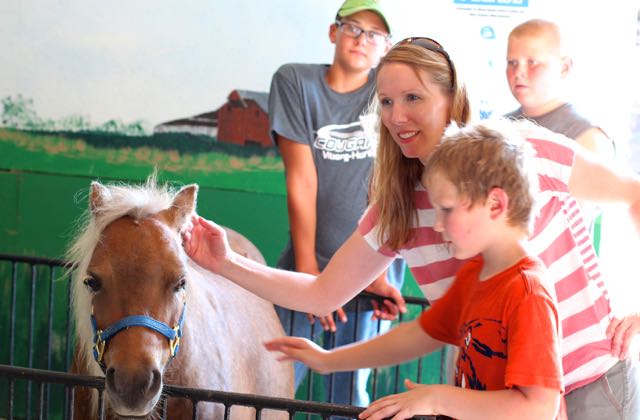 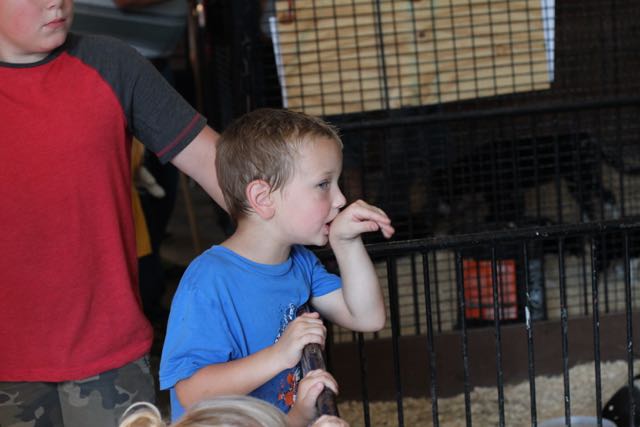 But after all the sights had been seen, everyone was very, very worn out. The heat was sweltering, and it was hard for the little ones to stand in the sun for long. Cheeks all around were flushing, and Alexander went completely red. 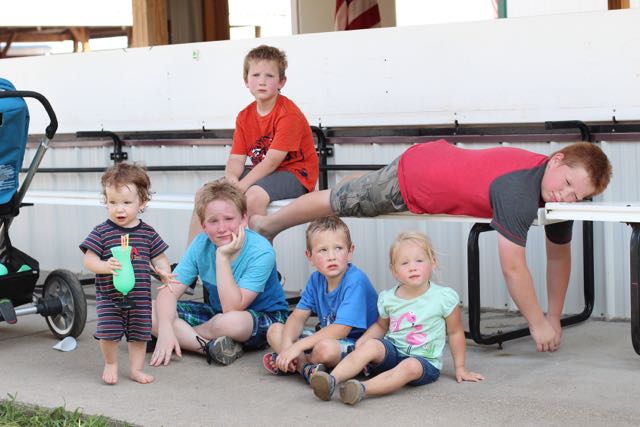 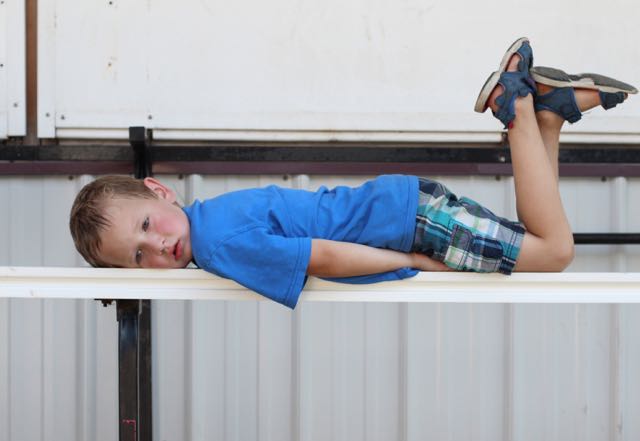 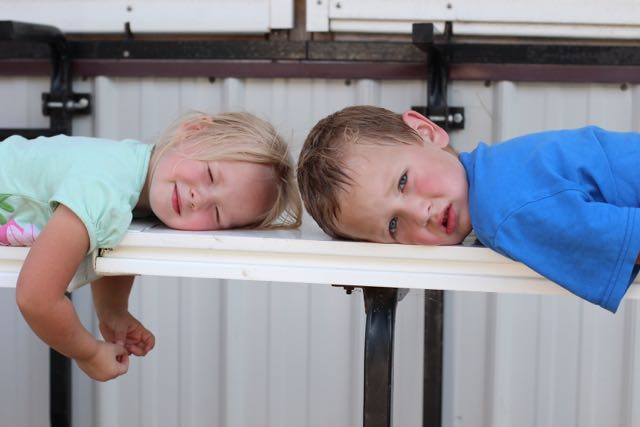 But not too overheated for silliness, as soon as the camera’s presence was known: 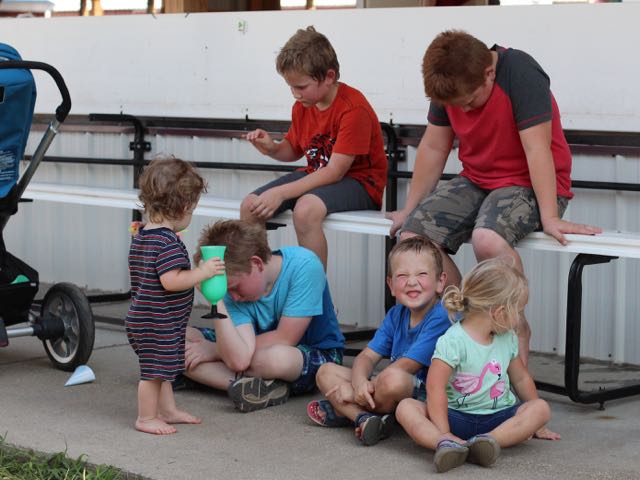 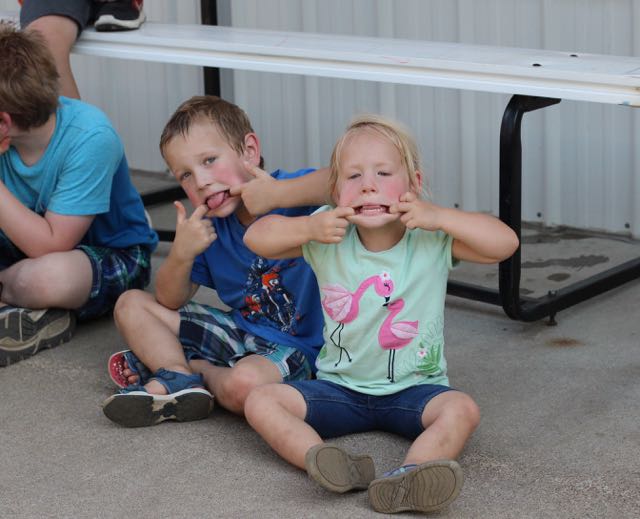 Benjamin was much to interested in playing with straws in the slushy cup to notice the heat. 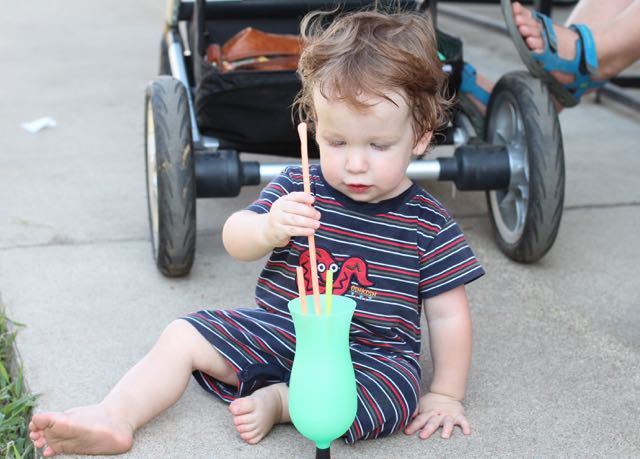 So many flushing faces called for rehabilitation by the ice cream method. A stop to the homemade ice cream booth did not disappoint, though in the heat we quickly were slurping milkshakes.

And then it was time to go home. 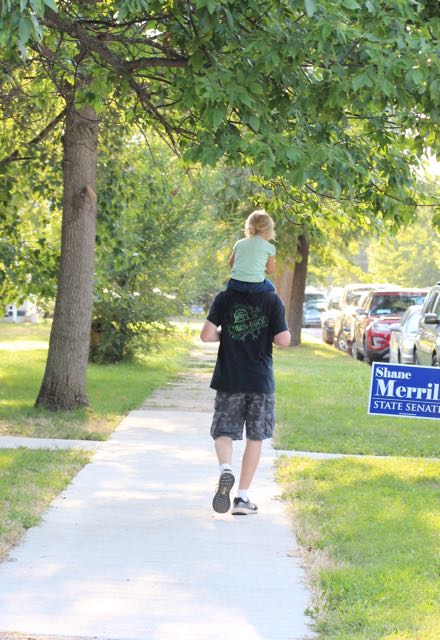