I live in the largest city in my state, but small slices of nature are never far away. A variety of parks nestle through the city, providing many places for a brief retreat from urban life. Though not too far-there is always the noise of a busy highway humming in the background. But the birds and insects don’t seem to mind.

The hilly area slopes towards the river, giving one of the highest views in the area.

I never know what will be waiting for me when I pull off the busy road. Damsel flies bustle about their daily business, snakes make their way to the warm cement paths to warm in the sunbeams, and I have even seen an oriole gathering materials for a nest.  Oblivious, the cars pass by on the winding highway. Even the people passing by on the trails don’t seem to see.I must be easily amused, since I find myself easily drawn into contemplation of a rock full of lichen-who knows how old? Or fascinated by a birdsong as the wild South Dakota wind whips the grass. 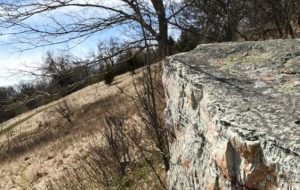 The weather just warm enough now to leave bulky coats behind, and the landscape is still mostly a lackluster brown, but a closer look showed the scenery coming to life all around. I stopped to walk around this local park built on the remains of a pink quartzite quarry. The city is now working to restore the natural grassy plains and wildflowers, though a nearby historical marker pays tribute to the days when workers pushed the large stone blocks onto the train tracks to ship, as well as those who died in the days of those treacherous working conditions. 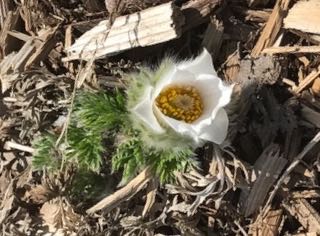 Featured plantings of pasque flowers were blooming there amidst the dried grasses of last summer. They are a local prairie wildflower, though more commonly found on the Western side of the state. The purple pasque is also the state flower, and I’d never seen one in person before, so it was a pleasant surprise. They were small, subtle glimpses of beauty as they peered from their brown surroundings. 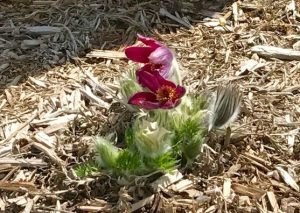 The past week the temperatures emerged from below zero and today it soared up to fifty degrees. It has been a lovely break from winter and a nice head start on melting away the snow. Since it was so lovely, we figured the wildlife would be enjoying the spring-like weather as well, and we headed out to the Outdoor Campus to watch and draw some birds visiting their feeders. As we expected, there was a huge number of birds fluttering around the feeders, including sparrows, chickadees, white breasted nuthatches, downy and hairy woodpeckers, mallards, and even a cardinal! Everyone had fun drawing the birds, though they were frustrated that they wouldn’t stand still, and I got in a few good pictures. 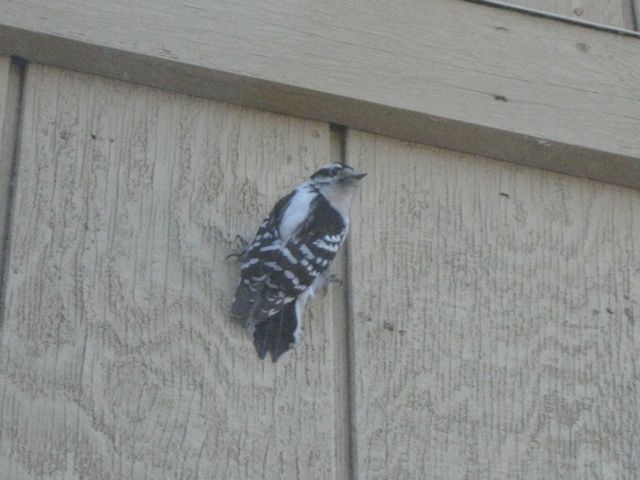 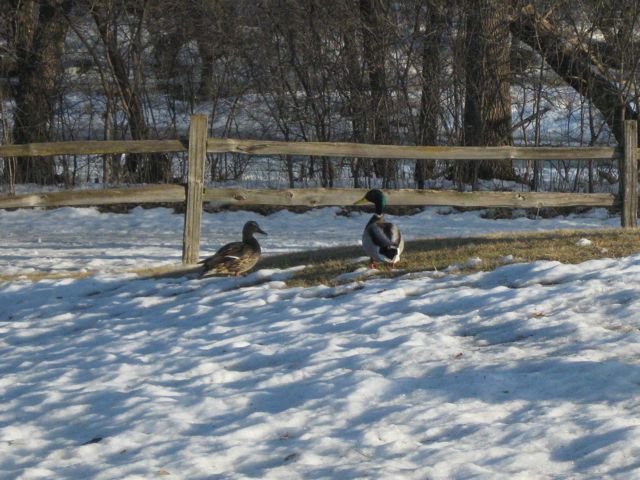 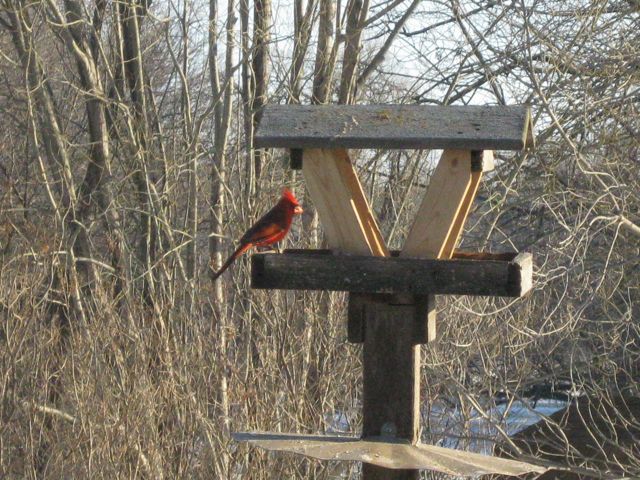 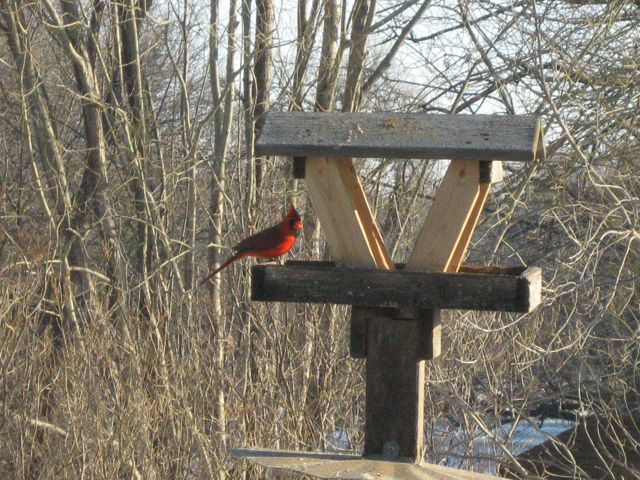 Thursday night, Landon and I stepped outside, hoping to see a meteorite. Faint flashes of lightening from a far off storm played on the eastern horizon. It was after 12:00 on the peak night of the Perseids, one of the best meteor showers of the year, also known as St. Lawrence’s tears as it falls on or around the feast of St. Lawrence on August 10. After only a few minutes, we had seen one really good one. Mom and Maria joined us, and we stood out for almost forty minutes, and we saw over a dozen nice bright shooting stars, which is really good for being in the city with street lights all around.

Finally, it was nearing time to go in, and we all tried to tear ourselves away from the sky. There was a terrible feeling that just as you turned your back, another fascinating pinhead of light would dance across the dark night, and we would miss that triumphant feeling of having witnessed it. We did eventually make it inside, but  I just couldn’t take it any longer and I stepped outside until I saw just one more. Then I went to bed, knowing that outside my window the light show was still playing.