My family is not known for being particularly artistic. I don’t believe there is one of us that can wield any of the usual tools of creativity, such as colored pencils, paint, or clay. Occasionally though, one individual displays a small glimpse of normally dormant talent. This caught me off guard when I came upon into this sight: 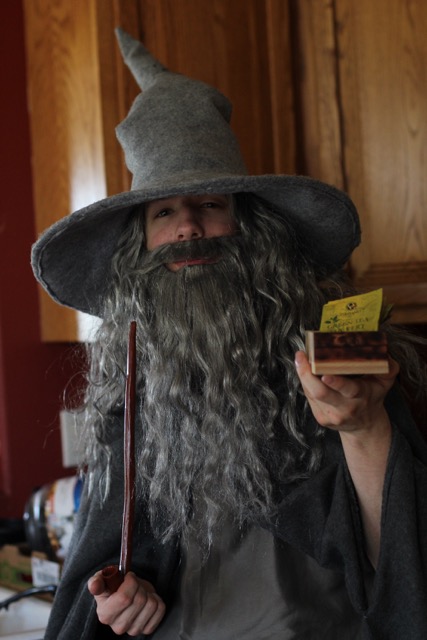 Landon sewed this Gandalf costume for Halloween two years ago, but it rarely emerges from its protected hiding place. So I was a little confused to find Landon staring at me calmly in full wizard garb.

“Care for something to drink?”

I gave him a blank look, then thought I knew his plan. “Oh, you made coffee?” I asked hopefully.

“Just tea, thank you,” he replied, (I realized he was quoting the Lord of the Rings), and held out this: 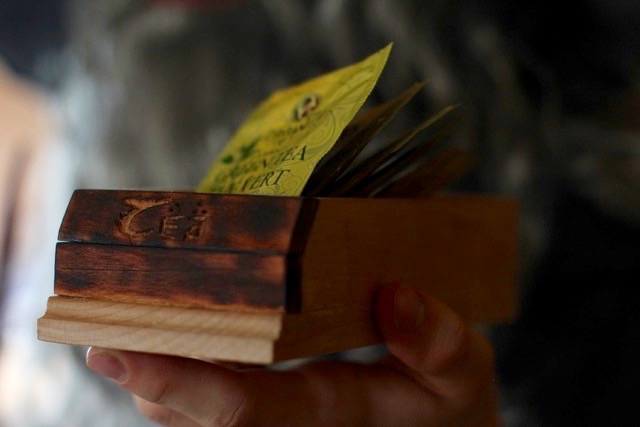 The Tolkein-esque lettering on the front explain the Gandalf costume. The day before I had hinted to Landon that he should try to make a second tea bag organizer. He made the first a while ago, when he was more of a beginner at wood work, and it was unfinished and risked being ruined by any moisture.  I knew he had been practicing his carpentry skills lately, but didn’t realize he was quite this handy in the shop.