The image could have been titled Our Lady of the Smile, since this was the most entrancing feature. It was a depiction of Mary’s heavenly bliss, her face calm and radiant.  Looking at her face filled with Easter joy, I realized it was easy to forget the life she had to undergo beforehand. I’m sure her days in Roman occupied Judea were far from glamorous. It’s easy to think how rewarding and fulfilling it is to be a Christian in this life.  God’s grace is abundant and He often does let us have tastes of the rewards. However, to believe this is the . I once met someone who wasn’t sure they were living out their faith well enough. This was merely because their experiences fell short of the exuberant joys and blessings from Christian life some of their friends had shared.  I compare this idea what a faithful life is like to Mary’s own steps behind Christ’s way to Calvary, which called for a complete emptying of self. 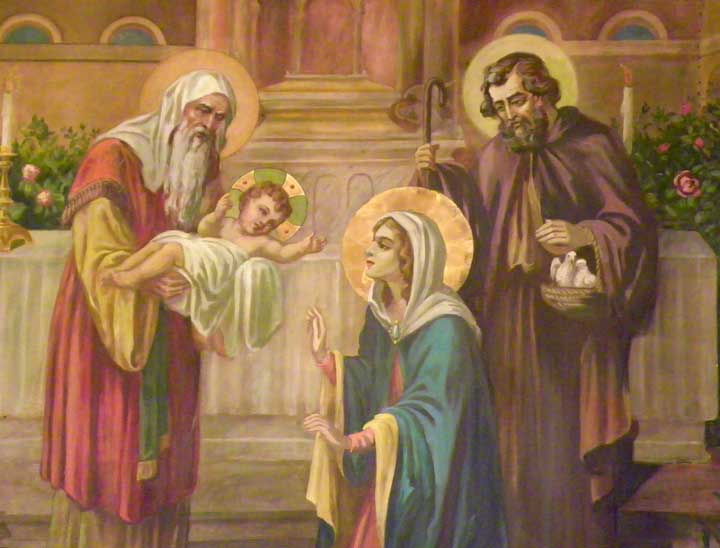 “A sword your soul shall pierce.”

I am told life is about showing up, no matter how hard the day. A large part of Mary’s role in the scriptures is one of presence. Mary is recorded as being present at many points in the Gospels, often in the company of several of the other women disciples. It must have been difficult to be in public as contention grew around her Son.  Christ’s family were referenced on several occasions by those who had been offended by Him. “Is not His mother Mary?”

I recall the words of Fulton Sheen “Her last recorded word was at the marriage feast of Cana, when her Divine Sone began His public life. Now that the sun was out, there was no longer need of the moon to shine. Now that the Word has spoken, there was no longer need of words” (Seven Last Words of Jesus and Mary). Her role from that time on was one of presence, as she walked in the footsteps of her Son. She continued in perseverance, even to her place at the foot of the cross on Calvary.

A short time later, she was present with the disciples in the Upper Room, waiting while they waited in patience for the fulfillment of Christ’s promise. Her presence on that glorious Pentecost could not have come without the earlier trials. Our Lady, Regina Caeli, is Our Lady of the Pieta.