For school this year, Landon and I have been using a book that goes through and explains Scripture. Appropriately, we ended this semester at the end of the Old Testament, right before the Incarnation and Christmas.  I must say that in the past I have not enjoyed reading the Old Testament. It seemed to be full of war, being conquered, and turning away from God. Much less enjoyable to read than the hopeful New Testament.  I also had a very low regard for the Jewish people. I mean, how can you walk through the Red Sea and fall down and worship the Golden Calf on the other side? Now, however, I’m able to look at the Old Testament for what it is: the preparation of the world for the Son of God.

The Jewish people spent almost the entire Old Testament either falling into captivity or rising up in a glorious rebellion and freeing themselves. Every time God blessed them with victory, such when he allowed David to defeat the Philistines, they enjoyed a short time of prosperity while they were faithful to God. Then complacency would set in, and they turned to the idols and false gods of the people around them, such as when King Solomon, despite the wisdom and wealth God had given him, worshiped the idols of his many wives. Not long after, a neighboring king sent in his armies and conquered all of Israel. Then the people realized their mistakes, repented, and were able to drive off their enemies, and the whole cycle started all over again.

In view of this, it is no wonder that when they were told they would have a Savior they looked for a military leader. But upon closer scrutiny of the Old Testament, you realize that the cycle of captivity and freedom is closely linked to the cycle of obedience and disobedience to God. What the Israelites didn’t realize, however, was that their bondage to earthly kings was a result of their bondage to sin. Instead of sending a military leader, God sent a Savior for the root of the problem-slavery to sin. 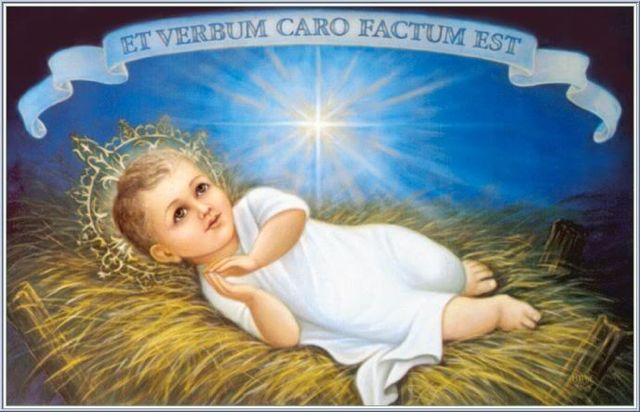 Latin reads: ‘and the Word was made flesh”