I am studying botany this year in science. Today I learned about monocots and dicots.

A monocot is a seed with only one Cotyledon. They have long leaves with veins running vertically. There is no midrib in leaves of this catagory. Often their roots are fiberous. Another interesting thing about monocots is the number of petals the flowers have are usually multiples of three! 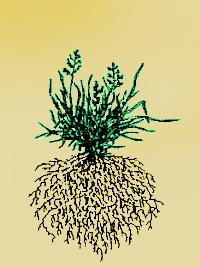 A dicot is a seed with two Cotyledons. Their leaves have a midrib and veins branching out on both sides. Often their root system is a tap root systemhe number of petals in a dicot flower is usually a multiple of four or five.